The Querini Park should be an highlight of your Italian staying specially if you are with kids. The park is home to many wild bunnies. That’s why it’s even called “the bunny park”.

There are also ducks, geese, roosters and chickens, turtles, fishes and… a nutria! All around the small canal that surrounds the cute temple. Be careful, you can’t feed animals there!

Its a beautiful park to walk or run. The path all around the park is about 1k long.

Bring a ball and play is allowed! Bikes are not allowed instead.

The park is north of Vicenza, 10 minutes walking distance from Piazza dei Signori.

The Porta del Papa gate in Contra’ Chioare (south of the park, close to the Ponte Pusterla bridge) is closed 15 minutes before closing time.

Closures: December 25 and January 1 ..and a few extraordinary closures for maintenance.

MORE FROM THE BLOG: 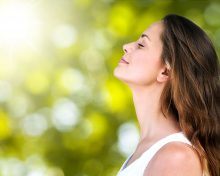 Scared of the Dentist?

SCARED OF THE DENTIST? Dentisti Vignato can help you! As dentists we know what it is like to feel nervous and tense when you are sitting on the dental armchair. In order to help even the most anxious patients to face treatments and feel comfortable with their smile and mouth, we specialized in anxiety treatment through conscious sedation and hypnosis. These techniques enable us to help you to give a face to emotions, understand how to manage them and learn to face any surgery in the best way possible. Many people think hypnosis alters our conscience or makes us lose control, but it has nothing to do with this! People, when experimenting hypnosis, feel free, conscious and without any alterations of their will. If you think you want to face your orthodontic anxiety in a non-pharmacological way, our dental office offers you this solution which can be carried out together with therapies. You will discover that the dental office can represent a peaceful experience like you had never imagined before. Dentisti Vignato is a Dental Clinic with a team of highly specialized professionals able to solve all dental pathologies of children and adults. It’s located in downtown Vicenza, close to […] MoreTweet

The sun is shining high above the Northern Italian region of Veneto. It’s hot and all I have eyes for is the blue swimming pool sparkling right in front of me. “Come,” it says, “take a dip. The water is lovely!” And so too is the scenery. Right behind the pool stands a carefully restored early 17th century manor house – all high arches and a square turret. Its yellow bricks are emphasised by the green rolling hills which serve as a perfect backdrop. By the fence, the purple blooms of a huge wisteria swish in the gentle breeze and in the garden classical statues peek behind rose bushes which are about to bloom. I am at Residence Cà Beregana – a peaceful and quiet nest where you find yourself in the heart of the Italian countryside and yet are only 3 km (less than 2 miles) away from Vicenza’s centre with its Palladian buildings and centuries-deep history. You know what makes your Italian trip really special?! Finding the right place to return to at night after a hard day of sightseeing and eating your weight in delicious food. Of course, you will want a comfortable bed, a spacious room, some gorgeous views, and a great breakfast in the […] MoreTweet

WARNING
The information on this page was provided by public or private contributors. ItalybyUS.com is not responsible for the accuracy or any changes to the hours, addresses, prices, offers, services, and advises you to verify everything by contacting the organizers directly or by visiting their official website.

The best brokerage service for the sale or rental of a property.

We use cookies to ensure that we give you the best experience on our website. If you continue to use this site we will assume that you are happy with it.
Accept