The Church of St. Mary of Mount Berico (Italian: Basilica di S. Maria di Monte Berico) is a Roman Catholic and minor basilica in Vicenza, northern Italy. The church is a Marian shrine, and stands on the mountain top, 1K south west of the Vicenza downtown Train station, with sweeping vistas of Vicenza below.

According to the legend, the Blessed Virgin appeared on the hill to a peasant worker named Vincenza Pasini; the first time occurred on March 7, 1426, the last on August 1, 1428. At this time in the Veneto, the people and economy had been suffering from a terrible plague for years. The Madonna promised that if the people of Vicenza built a church on the top of the hill she would rid them of the plague. The people kept their promise and the church was built in 3 months.The original church later became a sanctuary. The original basilica has been restored repeatedly during the centuries, sometimes with famous architects such as Palladio, Piovene and Miglioranza. All these changes are still visible today.

The church itself is free to visit and contains a number of artworks. On Saturdays / Sundays and public holidays is open from 6 a.m. – 7 p.m.

At the refectory of the Sanctuary it is possible to admire the majestic “The Supper of St Gregory the Great” mural painting of Paolo Veronese (1572). In the same room of the painting there’s also a small but very interesting archaeological museum. Both are free entrance with the same hours of the church, from the square looking the stairs of the Sanctuary, the entrance is on the right. 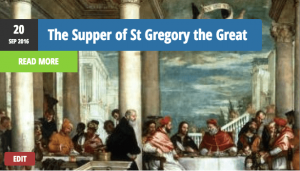 The Monte Berico hill is reachable on foot in about 20 mins from the Vicenza train station area trough a covered walkway of 150 arches.

The Monte Berico mount was the stage of a decisive and bloody battle during the Risorgimento and the revolutions of 1848 in Vicenza. On June the 10th, 1848 11.000 men under the command of General Giovanni Durando tried to defend the City of Vicenza in every way against The Austrian Empire army, led by General Radetzky. The bulk of the Austrian attack was directed against the positions on Monte Berico, the real keystone of the Vicenza defences.

The Santuario, the Villa Valmarana ai Nani and Villa La Rotonda are all connected by a lovely 15 minutes or so walk.

MORE FROM THE BLOG: 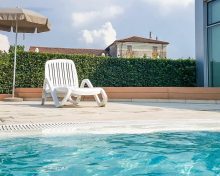 You know what!? We all need a little TLC in our lives. So, today I want to share with you the perfect formula for the best pampering day in Vicenza, just like the one I had the chance to savour only a couple of days ago. It takes three simple steps – swim, relax and eat – and you will emerge on the other side wondering why all days can’t be just like this. Our base for the day will be Hotel Viest – a four-star establishment conveniently located on the border between Vicenza and Torri di Quartesolo. Hence it is within very easy reach, both by public transport and car. Yet it feels secluded and tranquil as if it were miles away from the hustle and bustle of daily routine. Most importantly, you don’t have to be a stay-in guest of Hotel Viest in order to use its swimming pool, Wellness Centre & Spa and its restaurant. You can just turn on the day and pay a daily rate or purchase one of the wellness packages on offer.   SWIM Start the day by making a splash in the hotel’s swimming pool. It is big and refreshing with built-in […] MoreTweet 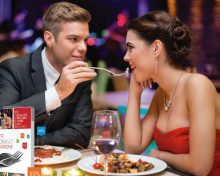 Get up to 50% off a Restaurant Dinner

YOU ARE IN ITALY! BECOME A FOODIES AND SAVE YOUR MONEY Special Offer: UP TO 50% for a Couple Date (or just a two persons dinner) in 180 North East Italy Restaurants. Ristoranti che Passione Restaurants Guide and Membership Card is a perfect gift for S. Valentine’s Day and then allow you to enjoy Italian food experiences for one year. Just hi quality selected places and dishes with an excellent discount up to 50%! If the Italian language is a problem, don’t worry, thru the paper guide or the app or the website you can search just for the restaurants which are provided with English language a la carte menu. Download the free app “che passione” or visit www.chepassione.eu and use the code ITALYBYUS to receive an extra 10% discount to order our guide with 4 photos for every restaurant. Otherwise you can request for the closer book shop where to find the paper guide / membership card or again visit the Ristoranti Che Passione shop / office located inVia Riviera Berica 69, Nanto. The lunch or dinner deal is for a couple of people and includes every dishes with 20, 30, 40, up to 50% discounts, depends from the weekly day and the restaurant. Drinks […] MoreTweet

WARNING
The information on this page was provided by public or private contributors. ItalybyUS.com is not responsible for the accuracy or any changes to the hours, addresses, prices, offers, services, and advises you to verify everything by contacting the organizers directly or by visiting their official website.

The best brokerage service for the sale or rental of a property.

We use cookies to ensure that we give you the best experience on our website. If you continue to use this site we will assume that you are happy with it.
Accept